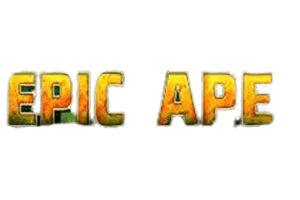 The ape on the front of this game looks less epic and more Extremely Angry Indeed! Fair enough, we all know what has been done to the habitats of mountain gorillas – and now you put me on the front of a slot game?!

Inside there are some nice design features and the ape gets to frolic in a pretty epic looking forest, alongside a set of symbols featuring his forest mates, like panthers, frogs, and chameleons. It’s nice to see some of the smaller creatures getting some attention.

The most obvious stand-out feature is that there are six reels and four roles. That means that there are more than 4,000-ways-to-wins rather than pay lines in the 10s or dozens.

When you check out the features list you’ll love the free spins round, which can give you an unlimited number of free spins in sets of up to 100 with a multiplier that can climb to five.

The soundtrack is certainly epic and the graphics are lush and interesting, but should you check out this particular patch of forest?

Let’s get in the gorilla’s nest!

How to Play Epic Ape Slot

The game has atypical reels but the control panel is very simple.

At the left is the info button, which you can click for a load more information, over three pages, including the full pay table.

The pay table opens with cards before the animal symbols crop up, wilds are diamonds, and the gorilla is the top paying symbol – stacking on all reels. The scatter is a free spins sign.

Back on the control panel, bets are set via the coin value control with the total bet window recording the actual stake, and the win window in the centre of the panel. An autoplay function sits next to a spin button.

The game has an RTP of 95.96%, which is a tiny, tiny bit below the average figure in the market. You can bet between 0.4 coins and 200 coins, which should be 40p to £200 on UK sites. Check you understand the actual values you are playing with on the game you play and make sure you bet safely with money you can afford to lose.

The maximum win is 75,000 coins and the game is described as a medium variance.

The main feature here is a free spin round, but there are also wilds, scatters, multipliers, substitution symbols, and multiple ways to win rather than pay lines.

Free games are triggered via the free spins sign.

You can also see retriggers during the free spins round.

The wild – a diamond – comes with random multipliers that can increase wins by 2, 3, or 5-times.

The multiple ways to win system works via an AllWays symbol.

The symbols pay out from left to right whether or not they are adjacent.

Epic Ape is a great game and has earned itself a seemingly permanent spot in the top 100 of UK slots titles. It does hurt of course that Playtech, the biggest online gaming software company in the world are behind it, of course, so the game is super visible and easy to find.

You can play Epic Ape for real money at hundreds of UK online casino sites. Just make sure that the site is licensed and that you have money in your account – that you can safely afford to lose. You can play Epic Ape for free at many UK online slots site by setting the game to demo mode. Or you can use review sites where the game is available for assessment, and you should be asked to prove your age before you play.

The game looks very impressive, with a lovely backdrop and nicely drawn realistic animals on the reels. There is a 3D effect to the graphics and the symbols on the reels are animated. The soundtrack is super epic. In fact, a bit too epic for my taste.

The game is easy to play and very easy to understand.

The features can be rewarding. Free spins that come in sets of up to 100 are very rare indeed – and it will be very rare to see that awarded. And retriggering is also another good feature.

We like the multiple ways to win set up too, and the bonuses could deliver really very big wins indeed.

Reports suggest that wins in the base game can be relatively low value, but the mathematics and the variance rating of this game (medium) suggest that it will be very typical of the experience on the market at the moment.

If you want to play an environmentally themed game with some great symbols and a simple but effective gameplay set-up then you should have a look at Epic Ape which has been around since 2017 but shows no sign of vanishing. 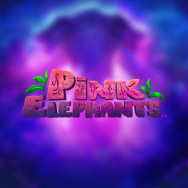