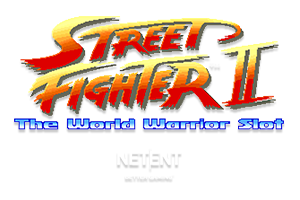 For those who grew up in the '90s, you will surely remember the game Street Fighter 2, which is one of the most famous fighting games ever made.

This was both the forerunner of Mortal Kombat and Tekken, which became much more popular gaming franchises. But you can relive this amazing game with all the famous characters fighting against each other, and also win big prizes!

NetEnt launched Street Fighter 2 in May 2020 and has quickly become a very popular game in many countries. Here you can test the slot machine for free, or find many other exciting new Netent games such as Chat Noir if you are interested in a detective theme.

In Street Fighter 2, you will choose your giant who will take you on to the top. Your opponent is randomly selected based on 8 different characters from the game:

All grades payout if you get at least 4 identical symbols in a cluster. Max, you can get up to 30 x bet with over 16 equal on the reels.

You also have 4 bosses to beat in the game called:

The Street Fighter 2 slot machine takes place on a 5 x 5 grid, where the goal is to land large clusters of the same symbol. Your character and your opponent are the ones who pay out the biggest wins. The goal is to land the largest clusters with your character during the rounds, otherwise, you lose the match. If you win, you will also have the opportunity to play bonus rounds, which we will discuss in more detail later.

Street Fighter 2 is a very fun slot game where the characters fight against each other while playing and landing winning clusters with one of the characters. You have as many as 24 different betting options in the game from 2 - 1000 kroner per spin. So here you can easily adjust the game based on your wallet.

Wild- Street Fighter 2 comes with 2 different wild symbols. One symbol helps you land larger clusters with the characters on the slot machine. While the second symbol can collect during the spins, giving you up to 7 of the highest-paid symbols in the game.

Free Spins- Best the Boss free spins is where the big money lies in this game. After winning against an opponent, you can gamble your winnings to fight the bosses in the game. You first start with the boss with the lowest multiplier and work your way up to where you can eventually double your winnings if you beat M. Bison.

Car Smash- After each round with an opponent, you get additional opportunities to win money in the Car Smash bonus game. If you are familiar with the Street Fighter 2 game from before, then you probably know what to do here. Here you just have to fire up the car and smash it as fast as possible to get the winnings!

Street Fighter 2 has great winning opportunities with up to 7000 x bet if you manage to beat all the bosses. So here it is important to gamble the winnings you have received if you want to get to the top of this slot machine. In pure money, this means 7 million kroner you can get away with if you beat the bosses with the highest bet in the game. But €100 per spin is probably a bit expensive for most people, but a 7000x bet with €0.2 per spin is a bit too.

Fantastic childhood nostalgia for those who remember this famous video game from the '90s. Here you meet all the famous characters again, but this time you have the opportunity to make money even if your character wins!

Gambling winnings are not always as wise if you are left with a loss if you do not manage the bosses. Therefore, it is wise to wait to grow old until you are in the plus, and rather cuddle as you have the opportunity to do so.

Regardless, you will probably get many entertaining hours with this slot machine at our casino above, or try it for free first here on our website!