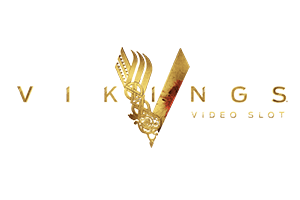 The Vikings slot machine is based on the popular TV series of the same name. Netent launched this slot machine version in November 2018. Here you see many well-known characters from the series as symbols, as well as the fact that bonus features have many scenes that many are probably familiar with. The slot machine was very popular when it was first launched, but has fallen somewhat in popularity in the last year.

It is the Vikings logo that pays out the most on this slot machine. In addition,  you have a number of famous Vikings from the series who also give nice prizes. These Vikings can cover 1 or 3 rows at a time, and the size of the symbols is completely random in the main game. Here are the winning opportunities on the Vikings slot machine:

In total, there are 10 different symbols, but since the warriors know this a whole row with a large symbol, it is far easier to create 7 equal with these symbols.

The Vikings online slot has a classic slot layout with 5 reels and 3 rows. The goal is to land at least 3 identical symbols in one of the 243 paylines in the game to get paid out. The game can also be expanded to 7 reels and 78,125 paylines, giving you greater chances of winning.

The slot machine is adapted to both small and large budgets, with the possibility of bets from €0,2- 100 per spin.

You select the bet with the coin value and level buttons on each side of the spin button under the reels.

Raid Spins- This is the free spins feature on the slot machine. Here you can maximize your chances of winning by expanding the reels and rows of the game. In total, you get 7 reels, 5 rows, and an insane 78,125 paylines you can win on during these spins. To start the feature, land the Raid Spins symbol on reels 3, 4, and 5.

Hot Spot- Landing a stacked Viking symbol on reel 3 on the slot machine, all other Viking symbols on the reels will turn into identical Vikings. this applies to both stacked symbols and the small symbols that cover only one row.

Scatter- When the largest symbol of a Viking lands on reel 3 and covers the entire row, a feature called Scatter Pays starts. Here you can get insane payouts for the Viking symbols you land. in fact up to 200,000 coins if you land 27 rows with the same symbol

Shield Wall- This feature can be triggered both in the main game and during free spins. several reels and rows on the slot machine are covered with a layer of shields that transform the symbols into identical symbols on the reels

The Vikings slot machine offers great winning opportunities up to 10,000 x the bet. this is equivalent to 1 million euros if you play with the highest bet in the game. Bonus features are great to help you pull in winnings. But remember to bet soberly to persevere as long as possible here to trigger the 7 reels set up with over 78 0000 paylines to frolic on! 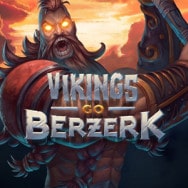 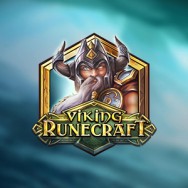 How large is the jackpot on online slot machines?