KA may be a new name to you, though they are not a completely new company. They are, we are told, based in Taiwan in East Asia, a growing part of the slots market in this globalised world and a culture that is starting to have a major impact on global gambling culture, sometimes in purely aesthetic terms and sometimes by contributing games to the western casino canon – the likes of sic bo and keno stand out.

Sadly, as the company’s website is very light on details we are struggling to tell you much about KA Gaming.

What the third-party sources we’ve seen seem to agree on in this: the company is based in Taiwan and was founded in 2014. We’ll assume that these sources are repeating press-released publicity when they tell us that the company is made up of a team of international experts in gaming. As we can’t see this from a first-hand source we’ll have to take that on trust and let the games speak for themselves.

These sources, by the way, are now wrong!

KA stands for Kick Ass, and the company – who have a lot of young staff we reckon – describe themselves as “Makers of Kick A$$ Games, from Asia to World!”

They have a Twitter profile at: @KAGaming_KAGA88, there’s that 88 lucky number confirming their East Asian base. But the company’s LinkedIn page tells us that their headquarters is not in Taiwan but in Samoa, in Apia. They categorise themselves as having between 11 and 50 employees and claim a foundation date of 2016.

Games are made with HTML5 and the big selling point for KA is that they release a lot of them – they claim to put out six to eight new games EACH MONTH – and that they can be played in more than 100 currencies, including cryptos.

Rather oddly though perhaps only to western eyes - the company has made a particular speciality of fishing games, and lists those separately on their website.

You can check out their games in demo mode on their website.

Their titles are available in 27 countries according to the write-ups we’ve seen. They are certainly available in a lot of major markets, including the UK, the world’s largest gambling market.

With little to go on, we’ll have to jump straight into the gaming side of things here. Perhaps you’re relieved not to read a load of waffles about licensing and regulation. Boring though it might seem this stuff is very important, and our regular readers will know that we never let an opportunity to remind our readers of safe gambling behaviours to pass by – today will be no exception.

The games are all listed on the company’s website, where we are told that there are 302 games in total, with 285 slots, 10 games classified as “fish” – that strange specialisation again – and seven games called “others”.

These others are: a baccarat RNG game (random number generator, a non-live casino game), an RNG keno game, a video poker title and three other games that don’t quite fit either into the slots of casino game categories.

Click on the game tiles and you’ll get a demo version of the game in a pop-up window. We weren’t asked to verify our age, as we believe we should be to comply completely with UK licensing rules.

We’re big fans of honesty and transparency at this site so we’re not going to tell you that KA are really kicking much arse in the UK market. They aren’t. The figures we use rate them as the 246th most popular and visible game provider in that market. They have a lot of games, but the most popular is currently rated at just under the 6,000th most popular game in the UK, the second is close to 7,500 in the rankings.

However, this may change. They are reaching out and becoming more publicity conscious and their games are becoming available in many more sites. That will eventually lead to better figures.

Let’s take a look at those titles, with the most popular first.

We cannot provide you with a full review of every game hers and you should always read the rules of any game that you play.

A 5 by 3 video slot with lovely East Asian anime-influenced graphics on a rather sickly green backdrop, this is KA’s biggest hit so far. The game set-up is very standard and won’t present any problems to players who’ve played slots before. The game was released in August 2020 and is packed with bonus symbols and features, the main one being a free spin. There are 25 pay-lines on those 15 symbols in play and you can bet from 25p to £125 – reflecting the bet-per-pay line figures. The top prize is also in that factor, at 6,250-times stake, which is a big prize. We don’t have figures for RTP or variance for this game, unfortunately. 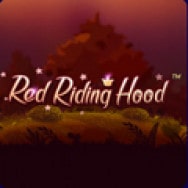 Fairy tales are actually quite culturally specific though under the aesthetic trappings of their particular originating country you’ll usually find a common morality tale that has been told around the world. So, we have an East Asian Red Riding Hood (for all the anguished howling of some western political factions about a culture under threat, western and particularly American culture has never been more global, more powerful, more hegemonic).

We do have figures for this game. It is “high variance” (a figure also described as “volatility”). This measure is not very precise but can be used as a rough guide to what the game experience MIGHT be like. High volatility games deliver larger prizes but take longer to deliver them. Lower volatility games invert this ratio.

We also have an RTP figure. This stands for theoretical return to player. It is the most accurate measure we have of a game. But it is still all but useless when it comes to judging it from an individual point of view. The RTP of this game is 96.01%. That means that over the game’s entire lifetime – which could be many millions of spins – the game is predicted (by simulations that assume players behave in a rational way) to return 96.01% of the money wagered on it to bettors. As we say, this is accurate, and in fact, usually audited, but it cannot be treated as a prediction. In very broad terms one might argue that a game with an RTP of 90% is less “generous” than one with an RTP of 90%, but for an individual player playing for a limited period of time, this may prove to be completely inaccurate.

After that digression to discuss probability we can return to the game, which is very pretty to look at, and to listen to. High variance often means big-top prizes, and here that top prize is advertised as being worth 40,000 coins, which is £40,000 in UK money. There is a Find Grandma Bonus offering the biggest prizes.

Get into your shiny red car and hop in for this copyright violation-skirting guide to America’s most famous rock ‘n’ roll highway. The set-up adds a row of symbols here for a 5 by 4 game that was released in 2019. It has the usual sort of RTP at 95.91% and a ways-to-win formula that delivers over 1,000 potential winning lines. The top prize is an 8,100-times stake, which can get up to 1,600 coins, and you’ll want to trigger the free spins for the biggest wins. Another nice looking game in KA Gaming’s signature style.

Cows! Millions of them. Ah, but dear slot lover, we are a misogynist society (and otherwise prejudiced) so when we think of power and strength we must think of bulls! Men cattle! Grrr. Here, the angry cow beasts are angry for a very good reason, they are being forced to take part in the disgusting spectacle of bullfighting – one of the most shaming acts of the so-called “civilised” west. For you, that means a 5 by 4 grid filled with Spanish-themed symbols and 50 pay lines running across them. The top prize is 5,000 coins and this game follows the KA formula with a free spins round as the main bonus, starting with 15 spins. 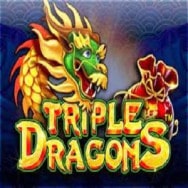 Back from Europe on closer-to-home territory, this 2019 game is themed on Chinese dragons – beautifully illustrated – and delivers a classic slot game on a 3 by 3 grid with just one pay line. The game rules are very simple: you spin, you get a match you win a prize. And that’s it, there are no bonuses to speak of and a pay table of just four coloured dragons, blue, green, yellow and grey, who combine to deliver wins. Stake high at up to £200 per spin and you could be looking at a major win.

The RTP of this game themed around the culture – loosely – of Native Americans is 96.05%. It has a medium variance, 30 pay lines on a 5 by 3 grid and some nice looking graphics. The 11 symbols on the reels take in some of the clichés of “Indian” culture – but not in an overtly disrespectful manner to be fair – like drums, canoes, bison, and tents – and are well-drawn. The top prize of this 2018 release is a generous 40,000 coins.

Now we’re going back in time! Formosa is the former name of Taiwan and was probably given to the island by Portuguese sailors. (If you want to get into some heavy internet weather then start talking about the People’s Republic of China and Taiwan.) Here we’re not interested in hotly contested geopolitics, but in pretty birds – which is much better. This 2018 release switches up the KA formula somewhat: there’s an extra wild that brings in a partner wild when it lands in free games. It’s also got a beautifully drawn and busy pay table of 14 symbols. Medium variance and a hit frequency of 33.93 (so around a third of spins providing a win of some sort) are attractive and the betting is lower than in many KA games, running from 25p to £50. The top prize is lower too at 2,000-times stake. A beautiful game.

If you understand Mahjong you are a better man than me (or perhaps you’ve just put in the effort I haven’t bothered to – yes, that seems more likely). Although it seems a very complex game to the uninitiated it’s one of the biggest gambling games in East Asia, here reduced to a character-based video slot on a 5 by 4 grid. Nice cartoon graphics again, and a formulaic game set-up with 50 pay lines and a 5,000 coins top prize.

If KA have moved to Samoa perhaps this game is a result of that move. Released in 2018, it looks fairly familiar, with the cartoon graphics, cultural references (rafts, statues), and the same bonuses (a wild and a scatter triggering free spins) that we see in many other KA games. It has an RTP of 96%, is medium variance and pays up to 7,500-times stake from 243 ways-to-win.

Wildlife games have been popular in the past couple of years, and the American West has been a big focus for designers who love wolves, eagles, mustangs and the like. KA’s team take us to the snowy – but melting – landscapes of Alaska and mix in some indigenous people with the salmon, orcas, and moose and ice crystals. The game is medium variance with a 2,000-times stake top prize a 96.01% RTP and betting from 25p to £50.  There are 25 pay lines and the same bonuses – wilds and free spins – as most other games.

Play these games safely by using only licensed sites, you can play them for real money there or for free at the company’s own website.

KA Gaming titles are of decent quality with some lovely graphic design, but the urge to produce a lot of titles may be the reason why few of them have any stand-out or really original features.