Skywind is a hell of a name, right? And the company sort of lives up to it too, at least presentationally. Actually, that’s a little unfair, as not only do Skywind have a super-flash website, they also have a catalogue of getting on for 300 games and are ranked as a top 40 slots producer in the UK.

They are based in a number of locations, including the UK’s home of slots, the Isle of Man, which is nearly off-shore. They are widely licensed and you can play their games safely.

And they have big hits: Joker’s Luck ring a bell? Or Super lion? Perhaps it’s the recent hit Sea of Pearls that you’re most familiar with.

The company also does a lot of the sort of tech that keeps casino sites up and running.

But our focus at this site is on slots, so let’s jump into the Skywind story.

Every slots company we have ever read the About page of tells us that they were formed by a “group of industry veterans” or similar. And Skywind Group are no exception.

The company was founded in 2012 and describes its mission as: “We provide premium content for the iGaming industry, offering a multi-product portfolio that is innovative, regulated and mobile-focused.”

We’re pleased to see that they give a good, prominent position to their safe gambling content.

Skywind Group describe itself as a B2B company. That stands for Business to Business, and it means that they do not interact directly with the end-users of their products. Like a bakery that only sells its bread to supermarkets, who then sell it to people like you, Skywind are sort of behind the scenes.

They also run a number of services for other casino businesses. These are of limited interest to our readers, but we do like to look at them because we think it’s instructive for our readers to see how the i-gaming industry works – and how it speaks about them.

Engagement means your time and attention. Casino sites want to encourage more of it, because the more time you spend looking at a casino website the more likely you are to spend money playing the games. And the more you play the games, the more money the casino site makes.

It’s fine and dandy that casino games, including classic games like roulette and the latest slots, run at random. And they do. But they run at random within a framework that guarantees – pretty much – a certain outcome.

That outcome is a profit for the casino site.

The big engagement tools from Skywind Group are:

This new bonus system “for player acquisition and retention” (that means getting you to sign up at a site and to stay there spending money) offers players the opportunity to earn bonus coins that can then be played across all types of games for real-money prizes.

And as Skywind themselves say: “Of course, the player must reach the promotion-defined target amount of bonus coins first.”

That means you spending your money.

Tournaments are a very popular style of promotion. Players are invited to play games against each other. At the end of the tournament period players will be awarded a prize based on where they end up on a leaderboard. The bonus for the site is that players will play more in order to win. This is the purest form of gamification that you’ll see in the casino industry.

And the end goal is: You spending more money.

The attraction of jackpot games is very obvious. Sticking a bit number on a game’s front page is a very clear way to attract attention and hook more players. Skywind produce games with “time-based jackpots”. These are relatively new and they are an interesting phenomenon.

Time-based usually means that there is a deadline for the jackpot to pay out. Big jackpot games are normally run on a progressive basis. This means that they link up large numbers of games. From each bet made on these games a tiny amount is set aside in a prize pool. Because so many games and so many players are involved the amounts in the prize pool can grow very quickly and to very high numbers.

Progressive jackpots are consistently popular, they are usually advertised separately on sites and they are the only slot games to enter the mainstream popular consciousness through their delivery of the truly life-changing wins that sometimes make headlines.

Adding time introduces an extra element. Usually advertised as “must-drop” games players will surge to play a game as it reaches the deadline for pay-out.

The upshot of all this is: You spend more money.

While it seems kind of negative to make these points this is simply the truth of the casino industry. It’s nice to believe the myth that capitalism promotes about itself: it is a good system for allocating scarce resources, and companies within it are primarily concerned with producing the best quality products for people at the best prices.

In fact, the streets of western capitalist nations – especially the United States of America, arguably the “most capitalist” – are crowded with people who cannot get homes to live in, and businesses exist purely to maximise the profit that their owners and shareholders extract.

So, a slots company wants you to spend more money on slots. That does mean that they will need to make you like the games they provide. That should mean some good games. But it is also true that almost all slots marketing – in fact all marketing – is in some sense a trick: the aim is to get you to spend more money, that is all, there is no “free” in this system, you will pay for any “gifts you get in one way or another.

When business to business companies talk about slots players they talk about them as products or goods that are to be “acquired” and “retained”. This is just how things are, but in understanding this you can make better, safer decisions about your own casino play.

We’re going to focus on slots, and we will get there, but we must also cover Skywind’s casino games.

The company makes a “live casino hub” system. That means they have four TV studios – in Belarus, Romania, Bulgaria, and Macedonia – where live games are filmed and made available to live casino sites.

This is a new initiative from Skywind and you should look out for their games in the coming year.

They also make RNG casino games. These are casino games that use a random number generator and run like a computer game simulation.

Finally, we get to the games!

We’ll look at the biggest Skywind Group titles in order of their current popularity as we write. These things are volatile so this list may not be correct when you read it. 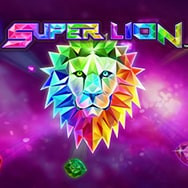 Let’s get one thing straight from the off: generally, the design, visually and aurally, or Skywind Group games is first-rate. Super Lion, with its spacey look, ambient techno soundtrack and backlighting is a great example. It’s a 96.1% theoretical return to the player game with low volatility but is linked to a progressive jackpot. It’s around two years old in August 2021 but still Skywind’s most popular game.

If you ever doubt that sex might be used to sell slots then check out the publicity for this game. We’re not really a fan of the sort of messages this imagery sends, so please insert some insults about our wokeness here. The symbols here are mermaids. The game is new out in August 2021 and you can see it’s been designed for mobile players. There’s a three-reel set-up but super modern gameplay, including 88 pay lines (possibly a nod to East Asian players) and changing reel sets. The main bonus feature is a free spins round. 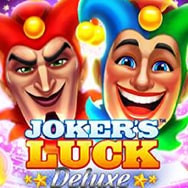 Not the psycho supervillain, but the card that every poker player loves to see and that is, therefore, a mainstay of slots imagery. Joker’s Luck follows the logic of most such games by delivering high volatility – so bigger prizes but arriving less often – and a cut-down experience that is very pure essence of gambling. IN this case, that means not just one pay-line, but one reel, and one row – it couldn’t be simpler. Much of the action takes place away from the reels with cash towers building up for big prizes. While the prize ratio of 500-times stake at the top isn’t the biggest the betting limit of £300 means it might be a real windfall. Make sure you play safely whatever you’re betting.

We usually refer to Megaways as the “gaming system that ate the world” and a huge number of games have bought into this licensed system from Big Time Gaming. These games come with a set of game features that generally include higher volatility, changing reels and big top prizes. All of those – although it is a medium volatility game – are in place here, in a western wildlife-themed game that is not dissimilar to a number of such titles on the market at the moment.

Brand new for August 2021, Alive! Is themed not on Argentinian sportsmen eating each other after a plane crash, but on the Frankenstein narrative. It’s a Megaways title that plays that way, with cascading wins and multipliers pushing you up towards a massive top prize paying out from an atypical reel set with over 200,000 ways to win. Massive game for Megaways and one that has got a great reception from the off.

This 2017 game is a very classic fruit game, but like all Skywind slots, it is beautifully delivered. The 5 by 3 set-up with 25 betways has high volatility and a 500-times stake top prize. These classic games play well on mobiles and are often aimed at the more risk-embracing gambler.

Another classic and another Megaways you’re getting everything you would expect here: high volatility, the massive top prize, over 100,000 ways-to-win, and beautifully designed fruity reels. A massive slew of bonuses keeps player interest – hell, let’s call it engagement like they do – high.

The RTP is 95.5% and this game came out in 2019. Not a Megaways game like its follow up it does have multiple ways to win, with over 4,000 winning combos available, and – another Skywind Group signature – up to 100 free games in the bonus round. Like a lot of these games, it is nicely drawn and themed on the canyons and plains of the American west and the animals that live there.

Skywind make quite a lot of their branded games on their website, and this is the most popular one at the moment. Based on the huge TV franchise, the game uses the visual tricks that are the show’s signature to great effect – lots of video content here – to deliver a game that is true to its origin and also works well as a slots experience in its own right.

Released in May 2021, Lucky Changer is really a beautiful game to look at. The Lucky Changer in question is a magical symbol that changes reel symbols to higher value symbols when it lands. Really this is one of the most beautiful games we’ve ever seen and has decent mathematics too.

The most important thing to remember when you play any slot is that you must play safely.

Skywind group are a legitimate company and if you see their games you can play them with confidence.

As well as doing well on responsible gaming content the company is licensed in the UK, Spain, Romania, Malta, Gibraltar, and Alderney and licensing is always the first step in finding safe games.