As one of the largest innovative software groups and game developers in the iGaming sector, Big Time Gaming is a leading supplier of new products and services.

Our Big Time Gaming review provides a detailed look at the provider and games.

We've listed the most significant bits of information you should know. You will also find some background information, history, and information about Big Time Gaming.

The company was founded in 2011 and is growing steadily. Nik Robinson, the founder of the company, has been involved in the gambling industry since 1996. The company is based in Australia and holds a license by the Alderney Gambling Control Commission. However, Big Time Gaming also has a UKGC license.

First and foremost, Nik Robinson is the inventor of Grid slots and the Megaways mechanics. Nik has extensive experience in senior management. He pioneered the first non-download gaming products as the founder and MD of NT Media (1997). NT Media merged with Orbis to become Openbet, which Scientific Games then acquired. Since his first grid slot machines in Chain Reactors, Megaways, Megaclusters, and Megapays, Nik has invented many unique gaming systems. The games at Big Time Gaming can be played in twenty different languages, including Russian, Japanese, Chinese, and more. The interesting thing about Big Time Gaming is that it had to climb its way to the top on its own. Instead of following the mainstream video slots, Big Time Gaming launched its product, Megaways. The rules of these slots are slightly different from video slots. Regardless of whether the symbols are on one row or not, matching symbols can make a winning combination. As a result, there are more ways to win, with the maximum amount recorded at 117,649 ways to win on any single spin. The Megaways slot machine has always had very high volatility, so each spin will have a good chance of winning. Big Time Gaming has therefore decided to approach the gambling industry from a different perspective. During the past few years, that has proven to be a huge success. There are many Megaway slots available on the Internet these days. Have a look at what Megaways slots are if you're not too familiar with them.

These are high volatility slots where you can win by landing symbols on adjacent reels. It doesn't matter if the slots are in the same row or not. In other words, all that really matters is that reels 1, 2, 3, and 4 are adjacent to each other. In Megaways, you have to go from left to right if you want to win. If you go from right to left or from the centre to the edge, you can't win. You start with the left reel and go from there. In addition, your win goes hand in hand with how much you've staked. In other words, the more money you wager, the higher your win will be multiplied.

What does Big Time Gaming do? Well, they make video slots! In contrast with many companies, Big Time Gaming sticks to what it is best at, so it does not branch out into more gambling games like table games and live casinos. With a name like Big Time Gaming, they've also got a lot to live up to. Video slots are a big part of Big Time Gaming's offerings. Most of them require no download. There are many excellent 3D graphics in these slots, and they are all presented in full HD. Typically, the games have great themes and accompanying audio that complement the game. Big Time Gaming put a lot of time and effort into creating such a magical slot. Megaways are the most notable games. Playing them is most enjoyable, and they have the most significant prizes too. You'll have to play Wild Bonanza or White Rabbit: Megaways. They're top-notch.

Branded Slots often refer to slots based on well-known brands or board games such as Cluedo, Monopoly and the like. They can also refer to tv shows such as Who Wants to Be a Millionaire, X-Factor, and The Price is Right or movies like Top Gun, Dirty Dancing and others. Along with the popular Megaway titles, you can also play your fair share of branded games. Megaways are also featured on these video slots, but they have a familiar theme. We take a look at the best-branded slots from Big Time Gaming.

It's first and foremost the classic board game we all know and love. Even so, there are quite a few people I know who dislike the game because it can destroy friendships. Monopoly Megaways is the best-known branded slot game there is. This slot has it all. There are 117,649 ways to win, and it has a high RTP of 96.5%.

Who Wants to be a Millionaire Mystery Box

Another branded title worth mentioning is Who Wants to Be a Millionaire, based on the TV questionnaire. There are 1296 ways to win in this game, and the RTP is 95.46%. The top prize is worth 250,000x your stake. 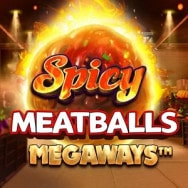 The food-themed slots are a big hit with Big Time Gaming. Spicy Meatballs MegawaysTM will appeal to players. With 117,649 Megaways to win, it's a six reel, high variance slot machine. The Meatball Wilds offer expanding multipliers that grow as they cascade down the reel, as well as the Free Spins feature, which is triggered by landing five or more reaction wins in a row - as opposed to scatter wins. 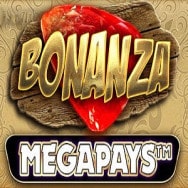 Bonanza Megapays is brought to you by Big Time Gaming. In addition to 117,649 Megaways to win, the game has BTG's latest feature - Megapays. A progressive jackpot has been added to the game. The Mega Jackpot starts at £300,000, with three tiers below it (Major, Midi and Mini). In addition to Reactions and Free Spins, you'll find the Unlimited Win Multiplier during the Free Spins round, as well as other features you'd expect from Bonanza. 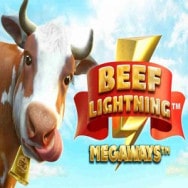 With Beef Lightning, Big Time Gaming takes its Megaways mechanic and applies it to the farm, as this 6-reel slot is indeed all about cows. Up to 117,649 pay lines can be played on each reel. The slot's randomly triggered wild duplication feature can be triggered on reels 2-6 when a wild appears. By landing three scatter symbols to spell out "MOO," you'll receive 12 free spins with multipliers that will give you cows. 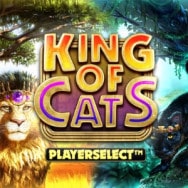 Big Time Gaming introduces Playerselect in King of Cats. Regular spins allow you to choose between two modes. Lion mode has giant 2x2, 3x3, and 4x4 lion wilds that alternate on six Megaways reels, whereas Puma mode allows up to three fully stacked pumas to appear on the same row. You can also trigger the extra spins round in both modes when you land three or more scatter symbols anywhere on the reels. 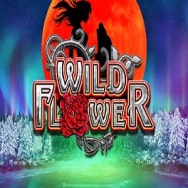 Taking inspiration from the 80s rock era, BTG's Wild Flower combines high volatility, a retro-styled design and its signature BTG style. Moreover, Wild Flower introduces a brand new Megascatter bonus system, which creates an entirely new level of big wins. The game's soundtrack is provided by The Cult this time around, giving it a more gothic feel. BTG takes a tried and trusted model and adds some excellent new features to engage players further. Wild Flower is a fairy tale set against the backdrop of a snowy forest under a curse of eternal frost. The mystical Red hooded witch and Purple Wolf make up two of the top payouts in the 4096 games. The background is the never-ending winter; a curse of eternal frost has been placed over the land. For Wild Flowers to bloom again, players must break through ice and snow and break the curse. The player navigates through the forest, utilizing different bonus features. 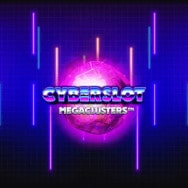 It is the second video slot from the studio to feature Megaclusters. It is a brand new way to play, allowing visitors to your website to be engaged and entertained. With Megaclusters, you can expand the gameplay from three by three to nine by nine. Moreover, by extending the Cyberslot's base game from cluster/reaction style games to new ways to win. With neon lines lining the background and an electronic soundtrack from the 1980s, this 3x3 cluster play slot has an outer space theme. Cyberslot requires 12 consecutive wins to trigger its free spins round. Still, with two different roaming wild multiplier features at play simultaneously, it has the potential for some astronomical wins.

There are a few places where you can play the Megaways slots from Big Time Gaming. Betsson Casino, Betfair, and Casumo are the most notable online gambling sites. There are still many options, though, such as 32Red, PlayOJO, Mirror Bet, Bet365, and Guts. Currently, Big Time Gaming slots can be found at 51 online casinos. Video games on this platform feel very realistic, almost as though you're playing a new 2020 video game for PC. That's how good they are. If you prefer 2D graphics and are not one of those players who enjoy incredible visuals while playing, Big Time Gaming may not be for you. There are some slots with a toned-down resolution, but overall, they thrive on producing state-of-the-art visuals.

Therefore, we should give credit to the software supplier group for their contribution to Big Time Gaming. As one of the top names in the gaming industry, they've certainly made their way to the top. They have strayed away from standard slots to design their video games using innovative formats and designs. Unfortunately, Big Time Gaming does not yet offer jackpots. In the past, the CTO of the company mentioned how he liked the idea of combining Megaways with progressive prizes, but no such action has been taken. You can try spinning those reels at one of our recommended casinos to see if you like Big Time Gaming's Megaways.

In 2011, Big Time Gaming began as an innovative game house. The company was founded by Nik Robinson, CEO and Founder, who has strong business skills and innovative ideas to lead it to today's success.

Where are they based?

Big Time Gaming has its offices In Sydney, Australia

Who are the Top Competitors of Big Time Gaming?

Currently, there are so many gaming providers that it is challenging to stay competitive. Similar-sized gaming companies to Big Time Gaming are Nextgen Gaming, Thunderkick, Leander Games, Elk Studios and Quickspin.

What is a Big Time Gaming Megaways Slot?

Megaways function like changeable reels, where the symbol height on each reel varies with every spin. As a result, the number of winning strategies constantly changes. These games can award massive jackpots when expanded to 117,649 ways to win (the maximum number).

How to play Megaways Slots?

The First Step: Getting Started. You can change the TOTAL BET amount by clicking on the TOTAL BET button. From the Total Bet options, you can choose from the available stakes.