This Goblins & Gemstones slot game is very closely related to Harry Potter, but doesn’t appear to be an officially licensed product, so good luck with the copyright lawyers!

The theming is wizardry and steampunky, with goblin bank clerks in a bank wearing suits and running their vault.

The game is high variance, which means that it should deliver larger prizes but that they are likely to be paid out less often.

The game is very modern with a five-by-four grid over a picture of a bank vault spilling gold coins all over the floor. The main feature is a gemstone collection feature, which rewards players with features for filling a meter with coloured gemstones

There is a free spins game too, with a choice of three different modes to play in.

If Kalamba games are new to you then join the club. The company has bases in Malta – where almost the entire European casino industry has a home – and Krakow in Poland. We can tell you that the company has been around since 2016 and has over 50 slots on the market for UK players now.

Their biggest titles are Blazing Bull, Maui Millions, this title, Goblins& Gemstones, Crystal Cavern, and Pyro Pixie. Their most recent releases are Speakeasy Boost, Finnegan’s Formula, and Joker Leprechauns, and they are due to release a title called Joker Times in 2021.

Their games certainly look good and while they haven’t yet made a massive impression in the UK their games are available to UK players.

Should you bank with these goblins though?

How to Play Goblins & Gemstones Slot

This game is very simple to play and you’ll recognize this style of control panel even if Kalamba Games are new to you. In the centre of the screen is an information window that keeps you up to date on your performance in the game.

There is more information in the game frame and further controls.

The RTP is 96.3% with high variance and a hit frequency of 23.23, so you should expect to see a win roughly every 24 spins. (None of these measures is precise enough to be treated as a prediction of how your game will go, so use them with caution).

The top possible win is a very generous 38,890-times stake, with betting that runs from 0.5 to 30-times stake, which should be 50p to £30 in UK sites. The game uses a ways-to-win system that delivers a potential of 1,024 possible winning combinations.

The paytable opens on the usual card symbols, which pay out relatively low amounts, then there is a set of goblin and banking-related symbols at the top end of the scale, with gems also playing a role in the bonus features.

One of the main features of Goblins & Gemstones is a collection feature. These are operated through three meters to the right of the screen, each dedicated to a single colour of a gemstone. Gemstones come in three colours, green, red, and blue, that can land on any spin. When they do they are recorded in the meter of their colour. Once a meter is full with 20 gems then a feature is awarded.

You are awarded 5 collection spins, along with:

This is a good-looking and nicely themed game, of that there can be no doubt.

But does it live up to the look?

We think so. It’s not just pretty pictures, but some interesting and original gameplay too, along with a maths model that is perfectly mainstream in the current market – so you should get a similar experience on this game as you will with most other slots in 2021.

The delivery of the bonus rounds via gem collection is interesting and a good way to keep players engaged through every phase of gameplay. It’s a demanding task though, so you might be waiting a while before those features land, and the features don’t always pay out in the way you might be hoping.

When you do hit the big prizes though this volatile game can deliver very high rewards. The top prize is up there with any of the big-name games.

The game is original and that sticks out. The symbols are nicely designed and the Harry Potter-like game setting is going to be popular – as long as JK Rowling’s lawyers don’t take exception to the game – with players we think.

The Goblins & Gemstones slot is an interesting game. It’s the first one we’ve seen from Kalamba Games and it looks promising. We’ll be looking out for more of their titles with interest, and if you like fantasy or steampunk games then this is a slightly different take that you might like to take a look at. 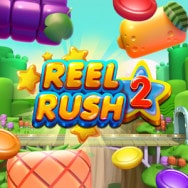 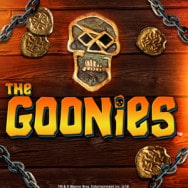 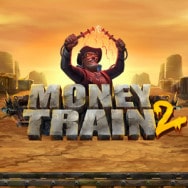 Is it safe to play free slots?

If you pick good quality sites and take elementary precautions – as you should all the time you are online – then yes, you can play free slots with complete peace of mind.