Razor Shark is a fun-filled video slot with some superb animations by Push Gaming, released in August 2019. It’s a high variance slot which means payouts are high but not as frequent, and players get to spin 5 reels with 20 pay lines. Push Gaming is known for its highly volatile slot games, and Razor Shark is no exception. The reels are set underwater, with bets as high as $100 per spin get placed. It is also available across all devices and comes with a plethora of beneficial features. Amongst the most noteworthy features is a maximum win of 50000x the stake and Multipliers of up to 2500x. Another interesting fact about Razor Shark is that a lucky Swedish Player hit an insane win on the Razor Shark slot when it paid out an 85000x win, exceeding the capped amount of 50000x player bet was a mere 50 KR. He triggered the Free Spins, which lasted over 9 minutes, and thanks to the slots Progressive Multiplier and Razor Reveal feature walked away with a whopping 4.273 000KR, equivalent to €400 000. Now that is something to get your teeth into as you swim through the shark-infested waters of Push Gaming’s Razor Shark video slot with an RTP of 96.70%

Players wanting to spin the reels on this Razor Shark slot game have a choice between a minimum bet of 10c per spin up to a pretty hefty $100 per spin. Once you have chosen the size of your bet, you will need to know more about which symbols to look out for to trigger the features and form winning combinations. The reels on Razor Shark are set underwater, and the highest paying symbol "I" is the Great White Shark. The low-value symbols are the underwater camera, diving mask, fins and dive tanks. To win, players need to land between 3 to 5 matching symbols on a pay line. Below is the paytable for Razor Shark:

The Great White is the games Wild, which means he substitutes all other symbols to complete winning combinations. Land this grinning guy across a line, and you collect a win of 1000x your line bet. Razor Shark is also available to play for free, but with such low starting betting levels, it’s worth diving right in and earning some real cash. All Push Gaming’s slots come with a guarantee of fair play and high returns. Players who prefer not clicking the button on each spin of the reels get to activate Auto Mode, which runs up to 100 spins. There is also a loss and single wins limit players get to use, enabling them to control their gameplay. In the settings tab, there is Turbo Mode which players can use, and the other options are, remove sound, sound effects and music if so desired.

As mentioned earlier, Razor Shark comes with a good variety of features, and we will take an in-depth look at the features offered in this video slot The Mystery Stacks Seaweed symbol lands in stacks of 4, and when this happens, it triggers the Nudge and Reveals Respins feature. The Mystery Seaweed symbols will nudge down one position on every Respin. They then either turn into or the high paying Gold shark symbol—identical symbols. Should you get identical symbols, you are guaranteed some decent wins. However, should the Mystery symbols transform into the Gold shark symbol, it triggers the Razor Reveal Feature. When the Razor Reveal feature gets triggered, it ensures each gold shark reveals either a Scatter Symbol or a Multiplier between 1x to 2500x landing players some pretty solid payouts. Next up are the Free Spins Feature, which triggers when players land a minimum of 3 or more Scatter symbols that appear scattered anywhere on the screen at the same time on the same spin. Reels 2 and reels 4 are filled with Mystery Stacks during the Free Spins feature. Furthermore, they nudge down one position on every Free Spin until they drop off the reels. The Free Spin Feature ends when all the Mystery Stacks have fallen off the reels. However, there are some additional ways to get extra money during the free spins feature, as players get more Free Spins whenever they land more Scatters and if you are lucky and new Mystery Stacks appear, the feature gets extended. There is also a Multiplier symbol that increases by 1x for every Mystery Stack Nudge, allowing players to win massive cash prizes. The multipliers are unlimited as well. Razor Shark from Push Gaming can play a free demo slot on mobile and desktop if you’d like to test the game before placing any real money wagers. The Online casinos that offer Razor Shark are:

Push Gaming has designed a beautiful 5 reels 20 pay line slot. It’s playable from $0.10 per spin across all devices with well thought out features. Mini jackpots keep the players on their toes in the main game, along with the Razor Reveal feature that gives players up to 2500x their stake. Let us not omit to mention the Free Spins feature where the Multipliers increases for potential unlimited wins. Razor Sharks observed win is 85.475x your stake, and it’s a highly volatile slot with a decent RTP of 96.70%. Grab your swimming costume and fins and get ready to dive into the deep blue yonder, where an exciting underwater adventure awaits you in this cartoon styled video slot that may even remind you of the Finding Nemo film. 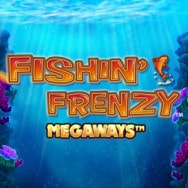 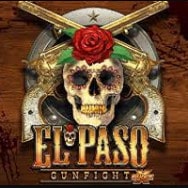 Yes, the free spin is triggered when you land three scatters. During this bonus, the mystery stacks appear on reels 2 and 4, and it will slowly nudge down one tile at a time.

What is the highest paying symbol on the Razor Shark slot?

Wild Shark symbol is the most valuable symbol in this game which it will pay 50x for 5 on a payline.

What would bet the maximum winning you can get in the Razor Shark game?

You can win 50000x your stake on every free spin. You can also get great prizes from the Free Games feature, where the multiplier increases each time the Nudge and Reveal feature is activated.

How does the "Free Game" feature work in Razor Shark?

Landing on three scatters will trigger the Free Game, and after that, it will take you to a new screen where reels 2 and 4 are filled with a mysterious stack. Every spin will be free as long as there is a stack.