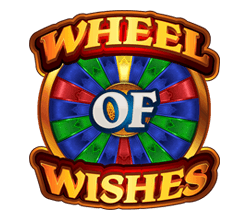 Where to Play Wheel of Wishes Online Slot

The Wheel of Wishes slot is definitely a case of a game doing what it says on the tin. The wheel of wishes here is an actual wheel, and the wishes it might grant are big jackpot wins. This desert mystery-themed game also includes giant symbols, a special power mode, and a permanent power spins mode.The theming is desert, with more than a nod towards Aladdin’s tales, with symbols that hint at treasure hunting and magical lamps. And the attraction that players will find most enticing is probably the choice of four big jackpot wins: the mini jackpot, the minor jackpot, the major jackpot, and the Wow pot! The version of the game we looked at had a top prize of nearly £4 million when we looked. One thing that stands out immediately in Wheel of Wishes is the soundtrack. Most slots games are blessed with pretty corny music, but the droney, authentic sounds on Wheel of Wishes are actually a pleasure to listen to. Laidback and quite groovy in fact!

The game itself is relatively simple. It’s a five-by-three game with just 10 pay-lines. It’s bang up to date and was released by Alchemy Gaming in February 2020. If you’re new to Alchemy, join the club. The company was founded in 2019 and has just four games on the market. This one, Goldaur Guardians, Reel Gems Deluxe, and 10,000 Wishes.

We like what we’ve seen so far of Alchemy Gaming’s work, which gets visibility through their partnership with Microgaming, which have linked up with a load of independent studios recently. The mathematics are fairly typical of what you see for progressive games. Progressives use a small slice of every bet made to build up a big prize fund. That brings down the figures in the base game, in this case to an RTP of just 93.34%. The RTP is the theoretical return to the player, which is a broad figure that predicts how much of a game’s revenue will be returned to players over its entire lifetime.

So should you give this Wheel a spin?

How to Play Wheel of Wishes Slot

This game is very simple to play and very up to date in a way that works really well on mobile screens.

The controls float to the right of the reels for the most part, with just the Power Mode switch to the left of the reels. There is a spin button with an auto spin feature above it and the bet control underneath it. A lightning bolt allows you to turn on high-speed modes.

You can click on a three-button menu toggle to open up the settings for volume and speed settings. You’ll also find the pay table there. That confirms the jackpot fund starts with seeding of 2 million for the Wow pot fund, 50,000 for the Major prize, 100 for the Minor, and 10 for the Mini jackpot.

The bonus features start with those wilds.

Scatters are linked to the progressive jackpot.

There are no free spins but there are Power Spins.

You can – probably not in the UK – buy the power spin feature too, via the Power Mode.

The jackpot is triggered out of the Power Spin.

Wheel of Wishes Slot - The Verdict

Lots of positives come out of a visit with the Wheel of Wishes slot.

It’s very rare to see a game with low volatility, so that is a novelty in itself. The RTP is low, but that’s to be weighed up against the big networked progressive jackpot. Low volatility will work well in this context because it should be awarding regular prizes to keep players interested while they wait for the big progressive game to land.

The betting is on a wide scale from 0.1 coins to 200 coins, which should be £200 at the top end on UK sites. The top prize on the paytable is a 500-times stake, but it’s the massive progressive prizes that most players will have their eyes on.

They won’t mind waiting too much. The soundtrack is nice, the graphics are great, this is a smooth, easy-on-the-eye experience if perhaps a bit too laid back for some tastes.

The power spin and power mode bonuses are OK, but it’s all that we have on offer here, and a free spins round would have been nice and what most players are expecting.

So, we have a bit of a mixed picture from this game. There’s not a great deal of action going on for long periods of time, but when things happen they are enjoyable. If you judge games by atmosphere and ambience then you should take a look at this, because it’s a very different take on Arabian Knights sort of games, which are often really over the top in their theming. This is nice and different, with a genuine life-changing top prize. 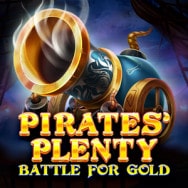 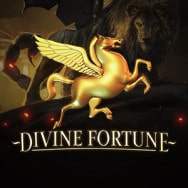 Play Age of the Gods demo
Frequently Asked Questions about slots
Which game manufacturers do you recommend on slot machines?

NetEnt, Betsoft, Play n 'Go, Microgaming, Big Time, and Red Tiger are probably the ones that rank highest over the most popular online slot machines these days. Here, it's a good idea to try them out in the demo version first, so that you find the games you like the best, rather than thinking about what everyone else is playing.

How large is the jackpot on online slot machines?

Can I get free spin offers on online slots here?