Play the Templar Tumble slot by Relax Gaming, a superbly designed six-reel game with 117,649 possible ways to win featuring warrior knights of the Middle Ages. A tumbling reel is used to play this mediaeval adventure. In consecutive tumbles, blocked positions are removed, and more ways to win are revealed.

Templar Tumble has an RTP of 96.25%, which is above average. The hit frequency is 20%, meaning that 1 out of every five spins will result in a winning combination. With a medium to high variance, the maximum win per spin is 17,280 times the stake.

Symbol blocks found on the stone altar feature gems with low value, heraldic emblems, and the red cross of the Templars. The most powerful symbol is the knight's helmet. This awards 0.6, 1, 1.6, or 2 x your total stake if you land 3, 4, 5 or 6. The wild symbol replaces all symbols except for the scatter.

How to Play Templar Tumble

Templar Tumble is a six reel, 7-row slot game. Several positions are blocked at the start of each spin. In other words, the chances of winning change with each spin and cascade.

A player wins when matching symbols appear anywhere on adjacent reels, starting from the first reel. Unlocked positions give you more chances to win. If everything opens up, you'll have 117,649 ways to win. Despite being quite similar to Megaways, it is not a Megaways slot.

The stakes for this mediaeval quest start at 10p per spin and go up to £50 per spin. By clicking on the $ tab in your settings, you can choose your level using the + and – buttons.  If needed, you can set between 10 and 1,000 auto-spins. Additionally, there is a quick spin mode and options for winning or losing stop limits.

Templer Tumble is fully optimized for play on smartphone and tablet devices. No matter how small the screen is, the design still holds up well, even when using a smaller screen device. Slot machine Templar Tumble works well on mobile devices.

A total of three bonus features are available in Templar Tumble, including a tumbling reel feature, mystery transforming symbols, and free spins.

The game features a Tumbling Reels mechanism, as its name suggests. Every time you receive a win, the winning symbols are removed from the grid. As they drop down, new ones replace them.

Additionally, each tumble removes some of the blockers, adding symbols. This increases your chances of getting more wins. Get on a roll with 117,649 chances to win.

The feature will activate if a wild symbol appears on reels 2 through 6 during the Mystery Reveal feature. Between three and eight blocker symbols will transform into mystery symbols. Symbols remain on the grid until there is a winless tumble. Then, one of two things can happen:

All can transform into the same matching symbol, and a new payout calculation is made.

Each of them can turn into a coin with a prize between 1 and 1,000 times your stake.

Once you have unlocked all the blocked symbols on the grid, you will trigger the Free Spins feature. Once you've played six free spins, you'll move on to the next round. There are no blockers in place during the free spins. Thus, you'll have a maximum of 117,649 ways to win throughout the feature.

If you land a wild symbol during the free spins, 3 to 6 standard symbols will be transformed into mystery symbols. They can also turn into the same matching symbol or into a coin that delivers a prize. In addition, you can use coins to earn extra free spins.

Bonus Buy Feature not available in the UK

You will also be able to trigger the Free Spins feature automatically. You will be charged 80 times your stake. Therefore, the RTP increases to 96.92%. Unfortunately, this is available in most territories but not the UK due to new gambling regulations set down by the UK Gambling Commission.

The free spins section is equally good, with no blocker symbols to be found. It would have been better if there were one more bonus feature in this round, such as extra wilds or multipliers, but it's still a fantastic free spins bonus that offers decent winning potential.

If you enjoy tumble-themed games, Templar Tumble is for you. With all of its exciting bonus features, this game has much to offer. 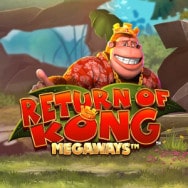 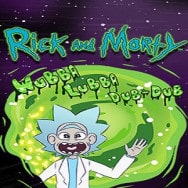 Play Rick and Morty demo
FAQ's
What is the RTP of Templar Tumble?

Yes, there is a Free Spins Bonus round. When you have eliminated all the blocker symbols, you can trigger the free spins round. There are no blockers on the free spins bonus once you enter it.

In Templar Tumble, how do mystery symbols work?

After a Wild lands on the reels, mystery symbols appear at random. The symbols stay in place until the spin is over and can be transformed into coins or symbol prizes.

Where can I play Templar Tumble Slot?

All UK Online casinos that offer Relax Gaming Slots in their portfolio should have Templar Tumble available for play.