When the fun stops, stop! Remember that? That’s the safety advice for the whole UK gambling industry, and it’s very good advice. One way to keep things fun is to have regular breaks to… maybe watch a movie! If you do you might want to check out these titles, which have great gambling scenes or themes.

In our view, the greatest gambling movie of all time is about apparently small-time conmen and directed by the American master of cool detachment, David Mamet, who is himself a keen poker player. The scenes set around a poker game are some of the best gambling ever imagined on-screen and tee off a tense ride that’s always stylish and sophisticated too. A film that is impossible to described in detail without spoilers, all we can say is watch it today!

James Bond loves to gamble – with his life, with his car, and… occasionally with a pack of cards! Casino scenes are something of a cliché in Bond films, you’ll find lists of top fives of them easily enough online, but Casino Royale (the 2006 film with Daniel Craig) is the best Bond gambling film. Texas Hold’Em is the game and there’s some decent gambling authenticity to this film that is as slick and superficial as the rest of the series in some ways but was hailed at the time of its release for introducing a new Bond with a bit more depth and bite.

Some people might not think of Casablanca as a gambling film, but Rick’s Bar, in the city of the title is a gambling den! So it’s a backdrop, but it’s also a part of the story – Rick lets a young refugee win enough to escape Nazi Europe, the cops use the gambling they know is going on as an excuse to shut Rick’s down. There’s a bigger gamble going on in the foreground, and gambling makes a great metaphor for a load of other things. One of the all-time great films with one of the best movie songs of all time.

You can forget the metaphors here because this is one of the few gambling pictures that is (largely) based in fact. The MIT team who used mathematics and superb observational skills to beat the Vegas casinos legitimately are gambling legends.

There are issues with this film, which changed a real-life group of largely Asian American blackjack players into white Americans, and Kevin Spacey is now disgraced, but for doing a decent job of explaining the smart tricks behind not tricking a casino this is a decent effort.

Just to be clear, all the gambling we cover here is legal, legitimate, and above board. But not all gambling is, and the fact that gambling has been illegal for so long in so many places is why it became for a while a tool of the organised crime mobs. Like the Mafia, the stomping ground of the peerless team of Robert De Niro, Joe Pesci and Martin Scorsese, joined in a fantastic performance here by Sharon Stone. This is a hell of a film, if not a very pleasant one, and tells a true story of sorts behind the growth of Las Vegas, and that town’s legitimation.

In this classic 70s crime caper gambling is straightforwardly illegal. By going outside the law a pair of charming con men (Paul Newman and Robert Redford remaining among the most likeable of all buddy-movie pair-ups) take on a mobster and also show some of the grit of depression-era America. A deservedly popular film that sparked a full-scale revival of the “rag music” of Scott Joplin. Good fun and with some family-friendly thrills, this is one of the few films on this list that you could watch with anyone.

Why not get a bit of culture? Subtitles and a non-English language film mean art, right? Well, maybe so, and this is a classic film noir from former actual Resistance fighter Jean-Pierre Melville, and telling an excellent story of Bob, a former robber who now makes his living as a gambler, until one last job comes along! The target is the world-famous casino at Deauville in northern France, and Bob and his team head off to the heist with the police already tipped off and on the trail… but will they get away with it?

This 1998 film is a welcome UK entry into the charts and probably the best ever screen role for Clive Owen, an actor who never quite lived up to his enormous promise. . 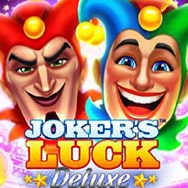 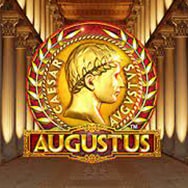 That promise was based on films like this where Owen stepped outside of his matinee idol good looks to play some really dark roles. In Croupier, he starts as an outsider – a novelist looking for quick cash as a croupier – looking in on the gambling world. It’s got a great British cast too and still has tension and bite after all these years

If you’re getting into the 80s revival then this flick, from 1986, is a great example from that decade. It’s a throwback and an echo of a 1961 classic, the Hustler, and Paul Newman replays Fast Eddie, a pool hustler who’s sort of gone straight until Tom Cruise comes along and drags him back into the game. Another Martin Scorsese film, although not one of his best, and it has some of the great visuals and sounds that are the director’s trademark, even while straying away from the territory where he does his best work.

This 1974 film is not much fun, and it is not a film that celebrates gambling, but it is a great film and gambling is central to it. Robert Altman works with Eliot Gould, one of his favourite actors, to create an unflinching look at gambling addiction and male friendships. This is genuinely a wonderful and moving film and one that you should watch.

How can I find a casino that has Starburst available?

Under the free game, you can find top selected casinos that have the game available for all players. Simply choose the bonus offer you want, register an account at the casino, and then start playing hundreds of slots including Starburst!

Can I pay progressive jackpots safely?

Yes. Use safe sites, follow safe gambling protocols and keep your machine and your behaviour safe and you’ll be safe at progressive jackpot games as you will at any other licensed, legitimate gambling game.

How Do I win on Fruit Slots?

Fruit slots are the same as any other slot in most ways, most importantly they are governed by random numbers. There is no way to predict the result of a spin on a slot, and so there is no strategy that will help you win. The best “gambling strategies” are in fact simply common sense ways of reducing your spending. That’s no bad thing, but that’s not how these documents are always advertised.